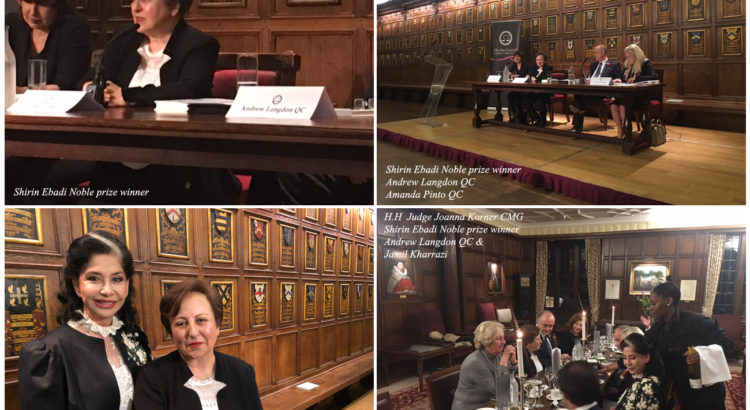 The United Kingdom’s Bar Council recently held its 11th International Rule of Law lecture focused on the modern practice of law in Iran.

The event was put on to raise awareness about challenges lawyers face in modern Iran.  The keynote speaker was Nobel Laureate Dr. Shirin Ebadi, a celebrated human rights advocate and attorney.

Dr. Ebadi spoke about the challenges lawyers face when advocating for progress in Iran’s legal system. 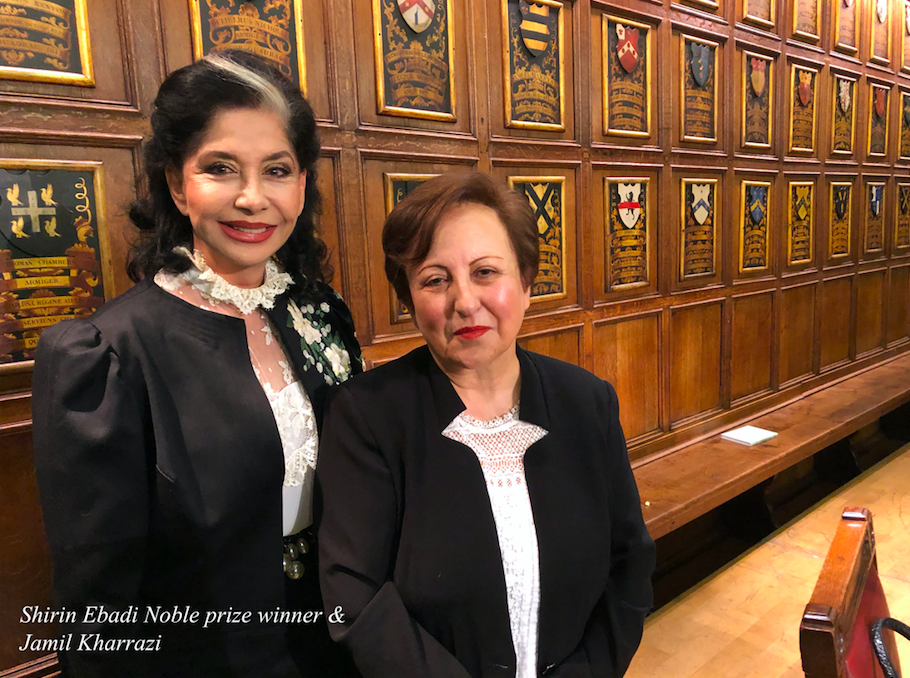 Dr. Ebadi started the Center for the Defense of Human Rights shortly after she won the Nobel Prize in 2003.

Her mission was to reform civil society in Iran.  Working together with other lawyer-advocates, the Center worked for years to curb human rights violations.

Unfortunately, however, Iranian authorities still suppress civil institutions. All too often, lawyers and advocates are targeted in these anti-reform tactics.

According to Amnesty International, that Iranian authorities target human rights defenders, journalists, and lawyers. To suppress freedom of expression, the government tries to silence attorney-activists.

Dr. Ebadi has seen this first hand.  The Los Angeles Times reported that the Iran government banned Dr. Ebadi’s Center for the Defense of Human Rights in 2011. Dr. Ebadi herself fled to exile, and several of her colleagues were jailed or quieted by legal threats.

She has faced death threats and covert schemes to sabotage her work. However, despite these challenges, Dr. Ebadi and her supporters continue to advocate for reform.

The UK Bar Council invited Dr. Ebadi to discuss what is being done to promote civil society and protect Iranian advocate-attorneys.

After a lifetime of bringing awareness to the struggles of Iran’s civil reformers, Dr. Ebadi still inspires others to advocate for change.

Dr. Ebadi has garnered a lifetime of praise from supporters of her work.  Lady Jamil Kharrazi, a long-time supporter of human rights advocacy, helped bring the issues facing Iranian advocates and attorneys to the attention of the U.K. Bar Council.

Due in no small part to Lady Kharrazi’s efforts, the organization focused its 11th International Rule of Law Conference on the plight of Iranian civil reformers like Dr. Ebadi.  As a result, the world is turning its focus to the progress that Iran has made in recent years.

Dr. Ebadi and her supporters around the world are working to make Iran a more free and just society. The nation still faces challenges with the way it deals with peaceful protests.

Bringing awareness to this issue through events such as the U.K. Bar Council’s International Rule of Law Conference will help bring Iranian civil reform into the spotlight.

Reform will come to Iranian civil society over time, helped along as human rights supporters like Lady Kharrazi bring more attention to the issue.

As nuclear policy and national security issues in the nation resolve, the world continues to look for Iran to forge progress on human rights issues.

If you are interested in learning more, review the following video of an Associated Press interview of Dr. Shirin Ebadi: