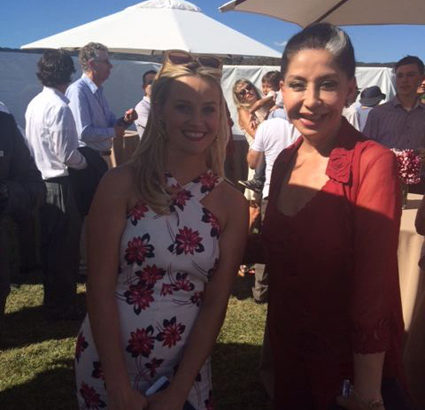 Importance of Women in Hollywood

Women have always seemed to be the background character or in the shadows of a leading man. Even when it came to production and behind the scenes. Trailblazers like Lucille Ball, Donna Reed, Irna Phillips, Diahann Carroll, have created content that touched millions of lives.  These different representations of women show that you do not have to conform into one single box.

Positive representation matters. Stereotypes continue the bias thoughts. For young girls dreaming to be a star, these images matter. Misogyny is still very much alive in Hollywood.

Anne Hathaway opened up about a time she dealt with internalized female hate. Hathway was working on the set of “One Day” which was released in 2011. Line Scherfig, a Danish woman, directed the film. According to Vanity Fair Hathaway spoke on ABC news Popcorn with Peter Travers.

“I really regret not trusting her more easily,” Hathaway told Travers. “And I am to this day scared that the reason I didn’t trust her the way I trust some of the other directors I work with is because she’s a woman. I’m so scared that I treated her with internalized misogyny,” Hathaway continued. “I’m scared that I didn’t give her everything that she needed or . . . I was resisting her on some level. It’s something that I’ve thought a lot about in terms of when I get scripts to be directed by women.”

She continued to say it is not equal between men and women in Hollywood. A study done by Vanity Fair found that there are almost 24 male directors for every one female director in Hollywood.  The importance of speaking out about inequalities is something Witherspoon and Kidman believe.

The two were tired of the lack of roles offered to women in Hollywood. Therefore, Witherspoon decided to take matter into her own hands. When speaking to The Hollywood Reporter, Witherspoon said, "I started a production company five years ago because I was looking at maybe the worst script I've ever read in my entire life and it had two parts for women. I called my agents and said, 'This is such a terrible script.' They said, 'Well, seven women want it so … you're the only one who's not vying for the part.' And I thought, "God, if this is what we've come to, I have to get busy." Because you can either complain about a problem or you can be part of the solution.”

“Thank you to the people that embraced this, the power of television. It has astounded us that we entered into your living rooms and people talked about it,” said Kidman according to SELF. “And as much as the show had entertainment value, it was also about issues. We are so grateful that you told your friends to watch the show,” she said. “It has been an incredible year for women. Can I just say bring women to the front of their own stories, and make them the hero of their own stories.”

These two women are changing storytelling and Hollywood with each role they create. Like other trailblazers, they are inspiring others to follow their dream.

“Hollywood has seen a revival of women leading the way. Like these two leading ladies, representation is important. Especially when men are still profiting off women. This shows that you do not need a man to create something successful and meaningful,” said Jamileh Kharrazi.