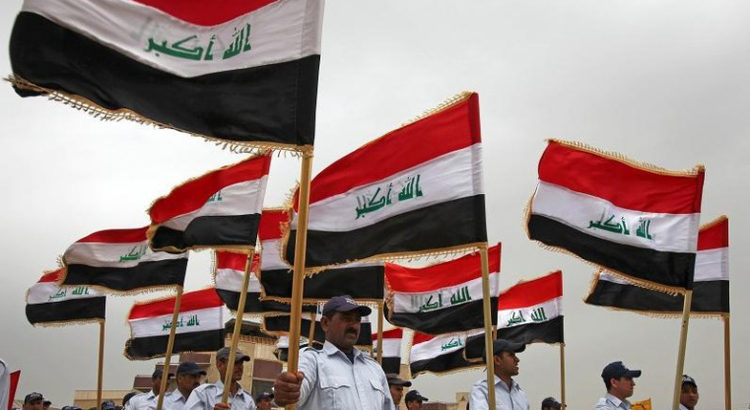 Iraq Holding Thousands of Women and Children in Unethical Camps

Over a thousand women and children are being held in camps. These women and children are families of Islamic State fighters. Iraqi authority confirmed after Iraqi forces drove radicalized groups from Tal Afar, a northern town near Mosul according to ABC News. The camp is for the displaced families, most who are from other parts of the world. Full of misleading promises, the stories of some of the women in holding shed light on what happens behind closed doors of IS extremists.

A woman from France recounted her story where she said her Husband tricked her, who said they were going on holiday.

"My mother doesn’t even know where I am….I had just given birth to this little girl three months before," she said, holding the infant according to VOA News.  "He said, 'Let's go for a week's holiday in Turkey.' He had already bought the plane tickets and the hotel."

She ended up living in Mosul, near Tel Afar, until she tried to run away back to France. Her husband caught her when she had made her way to Tal Afar. Her five-year-old son died this past June while by a rocket while playing on the streets.

"I don't understand why he did this to us," she said. "Dead or alive, I couldn't care less about him." Her husband died in Mosul fighting.  The women asked to stay anonymous.

She is one of about 1,333 people, from 14 different countries, that surrendered after Iraqi troops took out IS fighters from Mosul. Along with other families, they walked for days until they reached a Kurdish Permerga checkpoint near Tal Afar. There they surrendered according to News.

Aid officials are calling it, “the largest group of foreigners linked to the IS to be held by Iraqi forces since they began driving the militants from Mosul and other areas in northern Iraq last year,” according to The Hindu. Many of the women and children are from Turkey, Central Asia and Russia, though, some are even from South Korea and Japan.

Thousands of foreign allies of IS have come to fight in their honor in regions like Iraq and Syria. However, IS controlled areas have lessened as Syrian and Iraqi forces retake cities and towns according to Associated Press.

The families now live in tents in a northern part of Iraq after the Kurds gave them over to Iraq. Men were dealt differently.  Brig. Gen. Kamel Harki, a Kurdish commander, told APNews, “some of the captured fighters were handed over to Iraqi authorities while others were killed after faking their surrender and then attacking their captors.”

Hundreds of the women and children sat in swelling heat, without air-condition, on bug infested mattresses, according to Reuters.  This goes against what the Iraqi Military Nineveh operations Command said,

"We are holding the [IS] families under tight security measures and waiting for government orders on how to deal with them.” According to BBC Cole Ahmed-al Taie continued, “We treat them well.”

A French-speaking woman of Chechen origin according to Aljazeera said, "I want to go back (to France) but don't know how.”

No women or children will be charged with crimes and will likely be returned to their country of origin According to the Washington post.

“Most of those family members are not IS supporters,” said JK. “It’s is unfair and unethical to treat innocent by-standers like they were the ones who caused crimes.”

Norwegian Refugee Council is supporting 541 women and their children according to Reuters. In the statement the NRC urged Iraq to move fast on deciding what to do with those in the camp. “Like all those fleeing conflict, it is imperative that these individuals are able to access protection, assistance, and information.”

Love is supposed to conquer all but, what happens when it tricks you. These families followed loved ones innocently, as most would. Now they only want one thing: to be able to go home.