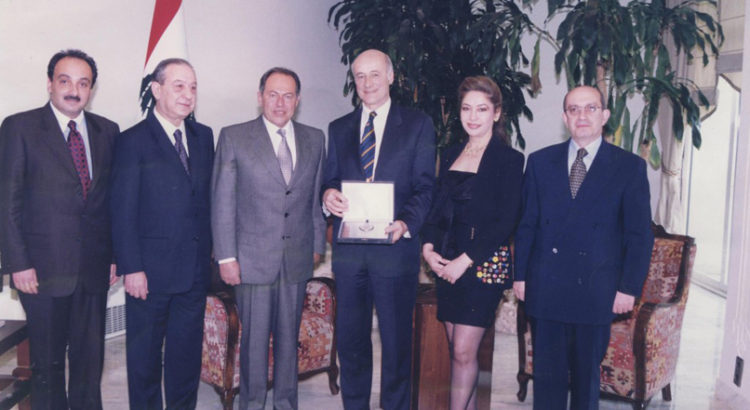 How Harvard is changing the way we understand the Middle East

After a failed attempt at bringing peace in the Middle East, Bush’s Middle East Initiative did the opposite. Radical groups views America’s plan to spread democracy as shallow and backwards.

“What Bush understood as America’s next democratic project, his next grand political scheme in America’s quest for world domination was hijacked by ISIL to bring about the Islamic Caliphate,” said political analyst Sahah. Where Bush envisioned democracy, ISIL imagined an Islamic empire powerful enough to rival the United States of America,”

Harvard University is leading the way in public policy and capacity building in the Middle East. Thanks to Community engagement, fellowship, leadership building and gathering the best of the best. Harvard’s Middle East Initiative is changing how we understand the Middle East

The Middle East Initiative was created in 1998. Led by professor Nicholas Burns, Roy and Barbara Goodman, Family Professor of the Practice of Diplomacy and International Relations at the Belfer Center for Science and International Affairs at Harvard Kennedy School.

Jamileh Kharrazi is also one of the members of the Dean’s Council at Harvard’s School of Government.

Expanded programs tackle topics like economy, humanitarian issues and even alternative energy, to name a few. Today’s Middle East is transitioning in ways that will greatly affect the Middle East’s future.

According to Belfer Center, MEI can be broken down into three sections:  advancing research and policy analysis, educating future leaders and promoting community engagement.

Create a community of educators who want to better know policy’s about the Middle East. Here they can turn research into reality. Research grants fund goals that support integrative research. MEI also awards fellowships for fieldwork linked to public research, government, or economics in the Middle East. Support student research and scholars who better Harvard’s knowledge on the Middle East.

Conversation begins through workshops, conferences, films and other community engaging events. Some of the topics covered have been “Arab Social Contract” and “Globalization in the Region.” Also through seminars like “Understanding the Arab World through Demography” and “Whose Narrative is it? Supporting Moderate Voices in the Syrian Conflict”

Putting it to Work

Understand Syrian Refugees has been an issue that MEI has pioneered. After traveling to Lebanon in 2014, Assistant professor and a physician did a ten-day study. “Running Out of Time: Survival of Syrian Refugee Children in Lebanon,” the two ran 67 interviews with families that were refugees. Interviews with Lebanese government leaders and officials from non-governmental aid groups also conducted.

Their findings were a need for more funding for the global community. As well as stronger governmental support to fight illness, exploitation and other issues.

In 2016, three assistant professors, one from Harvard Business School, ran 1,120 interviews with Syrians in Turkey. Randomized Interviews done in areas with a big population of Syrian Refugees. Turkey has a large population of refugees from Syria.

Their findings supported the need for better mental health support. Respondents showed they wanted to blend into turkey society with 75% stating they want to learn the language.

Studies like these give a better grasp of what from a native perspective. Harvard’ Middle East initiative is showing us the basic needs we all have: to be equa

Create a community of educators who want to better know policy’s about the Middle East. Here they can turn research into reality. Research grants fund goals that support integrative research. MEI also awards fellowships for fieldwork linked to public research, government, or economics in the Middle East. Support student research and scholars who better Harvard’s knowledge on the Middle East.