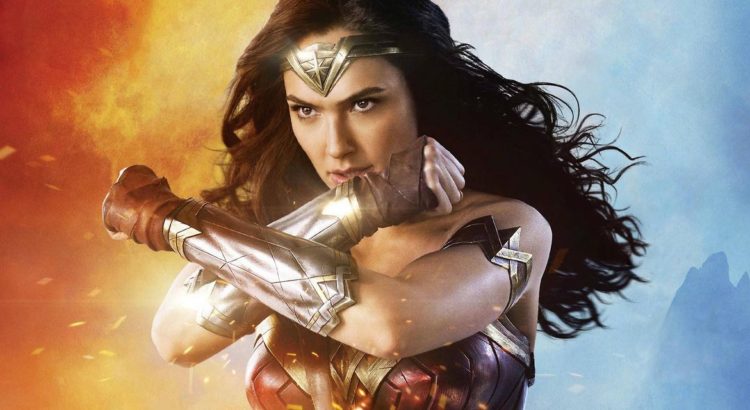 Importance of films like Wonder Woman and why this ban began

A group of seven girls are gathered around the playground one Tuesday morning. They were playing during recess, enwrapped in fantasy and innocents. The big problem for the day: who could be Wonder Woman in the group? With all of them wanting to be the powerful superhero, they needed a solution; said Lady Jamil Kharrazi.

The amazons, an all-female race created by Zeus to protect mankind, were to become their choice and together they would fight. The positive representation in Patty Jenkins Wonder Woman has made this character a role model for young girls. However, some countries have banned the film particularly because of Gal Gadot. Their excuses are said to be her over-sexualization (to which they joked about in the film) but the truth may be found in her homeland.

Qatar, Tunisia and Lebanon have all banned the film.  The reason is in Gadot’s blood. She was born and grew up in Rosh HaAyin, Israel, where she served two years in the defense forces. Lebanon and Israel have been fighting since 1948. Their most recent clash was in 2006. Two Israeli soldiers were killed while three were taken hostage. In retaliation Israel sent in ground troops and air strikes where (around) 1,000 Lebanese were caught in the cross fires according to CNN.

Gadot hasn’t been shying in voicing her support for fellow defense force soldiers. The same group she once fought for. During the 2014 Gaza Conflict, the leading lady took to her official Facebook:  ““I am sending my love and prayers to my fellow Israeli citizens, especially to all the boys and girls who are risking their lives protecting my country against the horrific acts conducted by Hamas, who are hiding like cowards behind women and children…We shall overcome!!! Shabbat Shalom! #weareright #freegazafromhamas #stopterror #coexistance #loveidf”

Lassad Goubantini, a film distributor in Tunisian, called the accusations against the film bogus according to Salon. “Today they prevent a film because of an actress, tomorrow they’ll invent another excuse. It’s an attack on liberties.”

The Arab League, which is the official body for Arab countries, beforehand chose to prohibit anything with Gadot. That hasn’t stopped the movie from grossing over $800 million worldwide throughout the summer with a $200 million debut weekend. The film also marks a benchmark for DC Extended Universe with Wonder Woman receiving some of the best reviews. The director also holds the record for best opening weekend for a female filmmaker as well as the highest-grossing live-action film directed by a woman.

William Moulton Marston was the creator of Wonder Woman back in 1941. He was a psychologist who was fascinated by the Women’s Suffrage Movement and wanted to create a feminist icon. Now 75 years later, she has gotten her own film in a comic world full of men.

Unlike past films where the strong female character sidelines, this is Diana’s story, told exclusively through her. She isn’t perfect. Though, in the beginning the island where the amazons live seems to be. As she explores mankind’s home, Diana Prince (Wonder Woman alter ego) does so through childlike eyes. Through trial and errors, like the goofy scene where she goes through a turnpike for the first time, she learns.

What she knew about humans was only told through stories on the island. Greed, money and power all have consumed the once perfect humans but Wonder Woman doesn’t let that stop her from believing in us. Her stance on love conquers all and to never give up on what you believe in shows young girls to reach for the stars.

Films like wonder woman signify hope. Hope to defy social constructions of what a woman’s place in society should be. Hope to strive. Hope to be truly powerful.

Today Godat is touching the hearts of millions of women and girls around the world. Gal hopes her take on Diana will help inspire her two daughters and create more female driven roles.