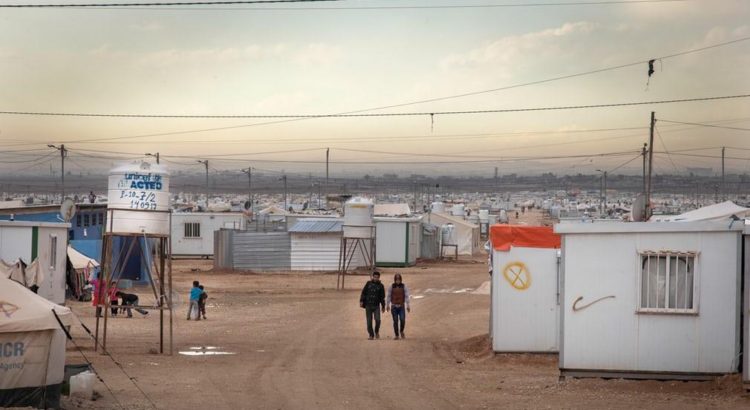 Empowering Females in Jordan One Punch at a Time

From its rich culture to its vast amounts of preserved monuments scattered throughout its ever changing landscape, Jordan is a place where the empowerment of women and girls are restructuring the cultural building blocks of what was once the social norm.

For Amman Batool Mohanad’s, a receptionist at a self-defense studio and student, always felt uneasy never knowing how to respond to a catcall or a man standing too close as she would hail a taxi in the Jordanian capital of Amman. She would sit at the reception desk noticing the girls that came in for classes with envy. Not only did they grow physically but so grew their self-worth.

“I used to sit on my desk watching girls leave training classes, and as time passed I could see how their attitude changed; they became stronger and happier, and I just wanted to be like them,” she told Asharq Al-Awsat

She began to take classes, training. It was there where she fell in love with kickboxing. After three years she began to hone her skills. The once shy girl began teaching her own classes at SheFighter Studio. Mohanah wanted to teach others how to defend themselves.

“There isn’t a woman in Jordan who does not face harassment,” said Mohanad.

When asked if she could recall the first time she felt harassed on the street she responded, “I was 15 and a man started talking about my body,” she said. “I did not know what was happening, or what to do, so I went home and cried. I face less harassment now, because I am not afraid. I know I can respond, and I can hurt them even if I had to.” With classes offered to girls as young as 5, it really is all about the empowerment of women.

SheFighter was created by Khalifa because there was no real solution.

"My aim is to empower women and to make them confident and able to defend themselves," said  Lina Khalifa (feature on photo above) the taekwondo athlete and instructor who has won a gold medal at the 2003 Junior Asian Championships. (DailyMail)

Though there has been change, women in Jordan remain under-utilized and often undermined because of social norms and traditions that have oppressed women’s progression according to USAid

The educational gap has been addressed by allowing both sexes equal access. However, Jordan’s female work industry involvement is at a staggering 13%.

Equality groups have urged the government for better protection against victims of abuse. Specifically speaking to a law that that allows rapists to escape punishment by marrying the victim. The law was repealed, bringing a win for women’s right.

In spite of Jordan’s Pro-Western political orientation and up-scale elite, many parts of the country remain conservative. Honor killings and rape victim shaming is still very much practiced.

“Street harassment is a common problem for most of the women in Jordan,” said Muhanad. “It has nothing to do with a woman’s clothes, age or beauty. The moment you take to the street, you will get a man who is either pointing to you to go with him or commenting on your body and hair – or another [man] in a car will keep following you, offering a lift. It is like being in a jungle.”

Khalifa and her team plan to teach classes at the Zaatari Refugee Camp in Jordan. The camp is about an hour drive from Amman. The camp is being led by the Jordan National Red Crescent Society. The group hopes to teach Syrian refugees new skills as well as introduce members of the host community to specialty classes. Course offered will be beautician and hairdressing, baking, sewing, just to name a few.

With progressive groups and thinkers trailblazing the way women and young girls are treated in Jordan, the future looks empowering!