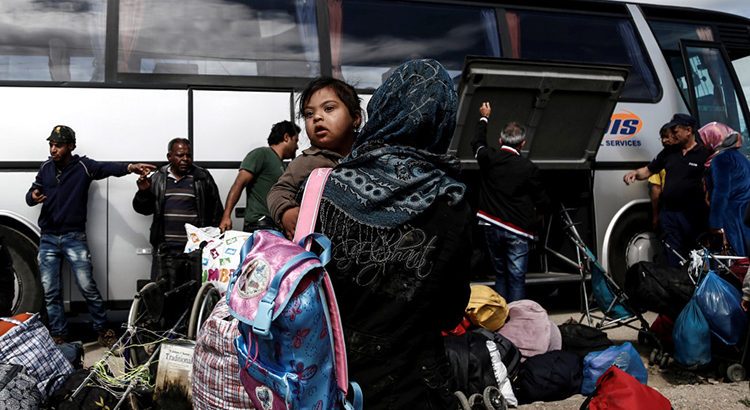 “We are seeing partnerships between public and private enterprises take off” said Lady Jamileh Kharrazi, a leading philanthropist and business woman.

Companies like Luminaid have created solar lanterns that are cheap, rugged and effective. They also can charge phones through USB. They are pitching these as a cheap, mobile and effective way to deliver electricity to refugees, who often have limited to no power. (PR Web)

Another large challenges refugees face is weather. As summer approaches, they will be caught in desert locales that are hot during the day and cold at night. To solve this issue, staff from Bath University in England are running a contest to design new housing structures. (The Guardian)

Currently, one of the best available solutions is the hexayurt. This 5-8 person housing module only needs insulation panels and filament tape to be erected. It is resistant to temperature extremes and wind, and has proven useful in extreme venues like the Black Rock Desert. It is cheap and effective.

Issues with the structure are that it must be transported by vehicle and, unless it has a tarp under it, cannot keep out rain. (Appropedia)

Hexayurts are very cheap, utilize common materials, are quick to set up and are relatively light. Once set up, they will last for weeks. Via Appropedia

The Bath researchers envision their project as one that can create designs for multiple conditions. They will go into Thailand, Turkey and Tanzania to conduct research. Importantly, they will also give away a manual that explains how each design works and the benefits.

“I visited Jordan in 2015 year during a rock climbing trip and fell in love with the country and the people. The extreme climates experienced by those living in refugee camps inspired me to propose this project which will truly push the boundaries of my research into low energy building design.” (Healthy Housing for the Displaced)

One of the primary issues with the hexayurt design is security. The structure can be accessed by simply tearing off the tape.

Security issues can be serious in large camps. Families often have only a few vital possessions. The loss of these could be devastating.

The researchers will look at different climatic, cultural, social and political conditions of the camps. As they create new designs, nonprofits, will begin to take over how to get them to refugees. Right now, they are delivering lights like Luminaid.

An important aspect is how long the housing units will last. Many camps were meant to be temporary, but have persisted for decades.

In a recent statement, Lady Jamil Kharrazi spoke about this need.

“We are building camps and providing solar lights for students and homes but these camps are becoming cities. We have to find innovations that can bring people together as a community.” 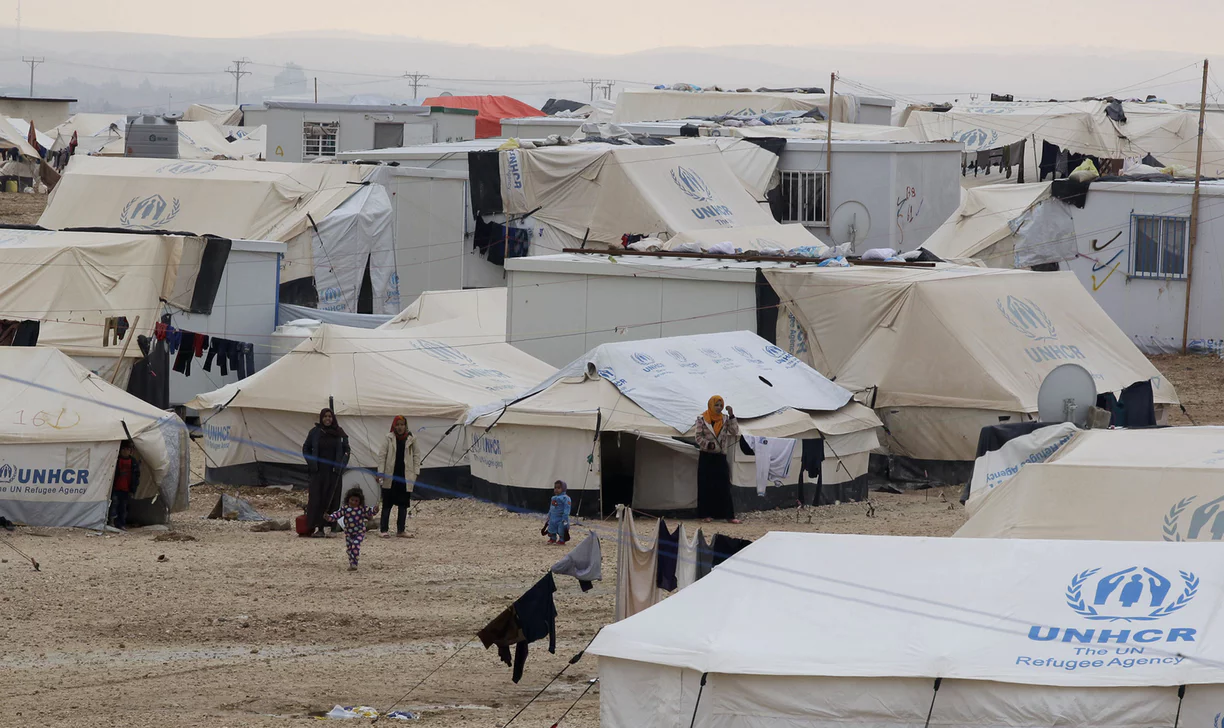 Refugee Camps provide homes to thousands of families, sometimes for years. Via The Guardian

Syrian refugees don’t have many of their possessions, but they still have the pride of their culture and home. Many are raising children.

Leaders like Ishmael Beah believe that these youths can become the leaders of tomorrow, given that we provide the right resources. (The United Nations Children's Fund)

“Young people who survive war have an amazing ability to persevere and become the champions for peace that are so [sorely] needed,” he stated in a recent article. (UN News Center)

His personal history is brutal. In his youth, he participated in infamous child armies in Sierra Leone. In that conflict, these children were forced to fight for the rebels.

The rebels persuaded them through lies, promises and rumors. Children reported that the rebels told them they would kill their whole village if the children didn’t join. (Human Rights Watch)

Despite this trauma, Beah has a powerful message about the children.

“These young people don't want to be pitied, they want to have their rights respected and be empowered so that they can grow to their full potential.”

Being displaced is not the end of their lives. These children will grow to be the next generation, and being safe, warm, and electrified will help them develop. 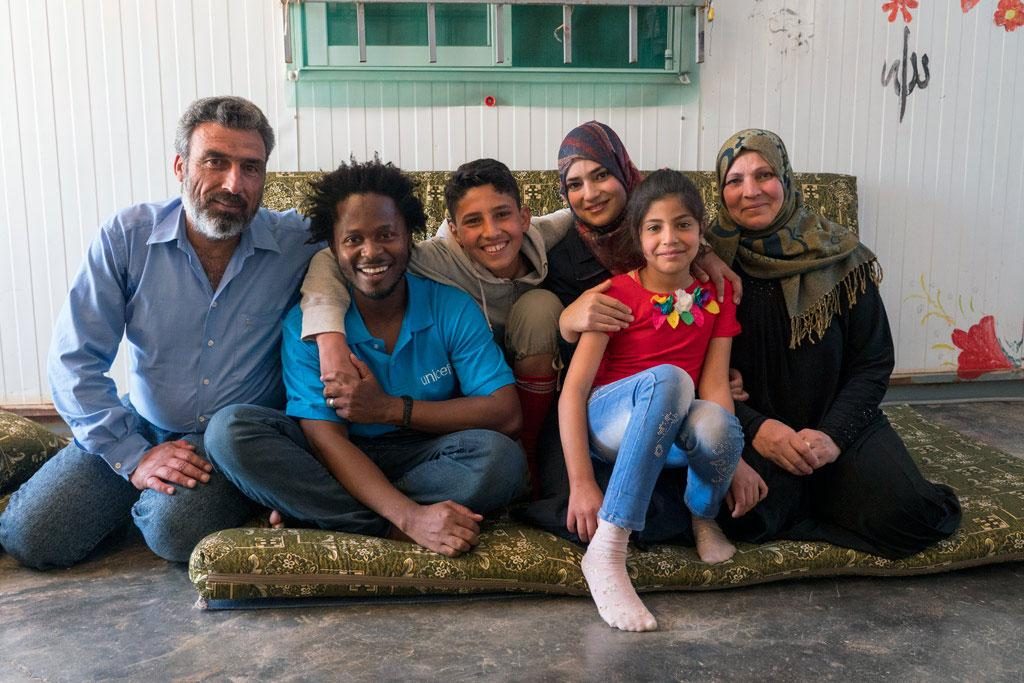 Ishmael Beah sits with a family in front of a metal building the Za-atari Refugee Camp. Via UN News Center