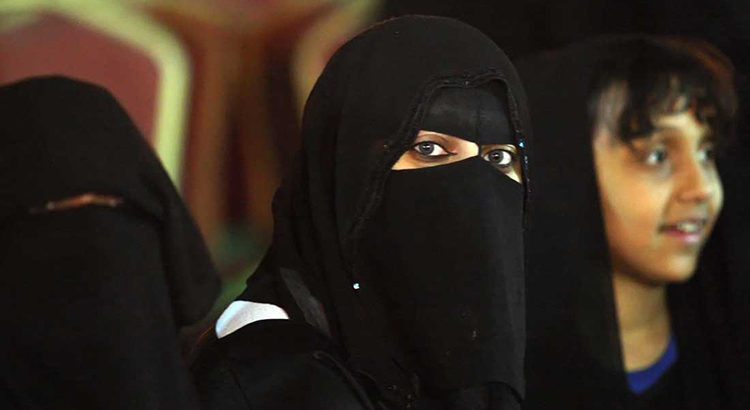 In late March, a Twitter and Instagram campaign called #Be_Free began to emerge among Saudi social media, said Jamileh Kharrazi. By early April, the campaign was spreading like wildfire. It angered conservative critics, who quickly turned their ire towards MBC, the news network who had created it. (British Broadcasting Company)

The campaign was quickly deleted, but screengrabs remain. Some of these are of dubious origin. MBC claims that they are fake.

One shot, which shows a woman in a red, backless dress, were widely criticized. Also of note were criticisms of the Saudi social system. One such tweet said, "With love comes freedom, but with obedience comes slavery."

In what may be a surprise to westerners, Arab women sounded off. Special critique was directed at the image of the woman.

"If freedom to you means giving up my religion and my hijab and my chastity, may God make me his prisoner for all my life” said one, in Arabic. (Twitter)

"Whoever calls for absolute freedom is looking to spread chaos,” a writer comments. (Twitter)

However, there were some who lauded the subversive campaign, which called to “rebel and be free without limits".

"Inspiring and encouraging women to seek their rights is NEVER a bad thing. No one should apologise [for]… such a thing” said @fouratsakka.

This blurred, possibly fake screenshot has been the center of controversy. Via Twitter

Cracks in the Armor of Theocracy?

Saudi Arabia has been in the news recently for women’s rights issues. In March, the UN placed them on a commission on the subject, amid more controversy.

Saudi Arabia is a partner for the west in the fight against ISIS, but both groups have similar oppressive views on women. The country gets its power from oil. The elites of Saudi Arabia are split into two groups: Royalty, very rich from oil, and the clerics. Together, they are partners who want to keep things the way they are.

Late in March, Angela Merkel travelled to the country. While there, she raised questions about the treatment of women. She had received criticism for their inclusion into the U.N.(Deutshe Well)

However, Lady Jamil Kharrazi continues, their appointment may not be because they are a model. Instead, it may be that it puts Saudi Arabia in the spotlight and will begin more discourse on the issue.

Saudi Arabia has had a terrible system for women, but are improving in certain ways.

In 2015, women were allowed to vote and hold office. By the end of elections, 30% of the Shura Council (similar to congress) was made up of women. Women make up important figures in banking and health care. Many are being educated. In fact, 51% of university graduates were women in 2015. (Los Angeles Times) 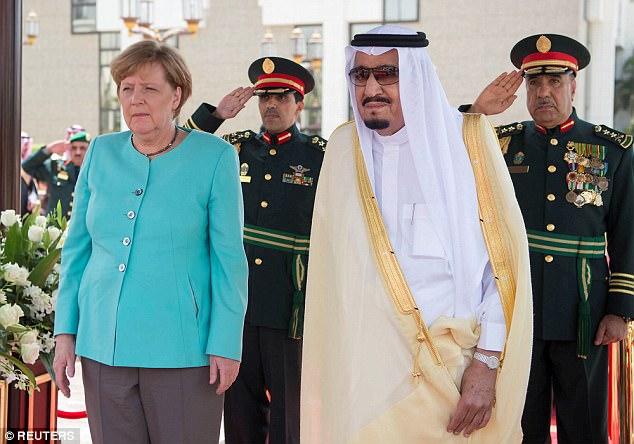 German Chancellor Angela Merkel arrives in the country, noticeably not wearing a headscarf. Via Daily Mail

While Saudi women may be oppressed, not all are interested in becoming westernized, said Lady Jamileh Kharrazi.

“If you understand our culture, our tribal traditions and our tribal mentality, which we’re very, very proud of … our gender roles are part of our tradition” she said at a recent conference. (LA Times)

She admits the country isn’t perfect, singling out the male guardianship system as needing improvement.

Under the system, women need permission from close male relatives to do tasks like working or driving. In September 2016, an online petition was created that asked the government to end it. It received thousands of signatures. (The Guardian)

Women bravely came forward in support of each other.

“Women should be treated as a full citizen,” said activist Aziza Al-Yousef.

For Majed al Saud, these forms of progress will come within the bounds of traditional values. This might be why the battle for driving rights is also taking a religious form. Yousef and other activists have held workshops and studies on the religious validity of the law.

Freedom to drive remains a hot button issue in the country. Here, a woman wears traditional garb. Via The Guardian