As the Taliban slowly fades away, women in Afghanistan are rebuilding their war-torn country in the realms ofeconomics, education and politics.

Economics in the New Afghanistan

FakhriaIbrahimi Momtaz works tirelessly to build her business, Momtaz Host, from an idea into a fledgling tech firm. She offers domain hosting services, web design, web development, email and internet security packages. Her business, which she runs with her husband, is part of an emerging tech sector in Kabul, a trend which would have been unthinkable 20 years ago.

According to Momtaz, women “were afraid of technology. Many girls are afraid to study computer science or engineering everywhere. But it is more difficult here because of the cultural issues, and women’s families are not accepting that their girls work in these fields.” (Red Herring)

The Taliban, ruling from 1996, imposed a strict version of Sharia law that banned technology usage and confined women to virtual home arrest. It dashed the business dreams of many young girls.

Luckily, the American invasion has changed all that. As international businesses look to the emerging Afghan economy, money and investment has flowed. Businesses and woman-run startups have become more common, and the dreams of women in Afghanistan are expanding beyond the home. 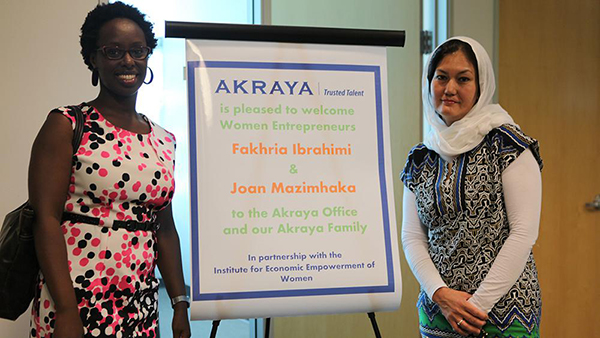 Women are empowering each other to business success. Via LinkedIn

Education is slowly being opened to women, and with it, opportunity. Schools like American University of Afghanistan teach young women business, information technology, and law, and women are regularly seen on the streets in non-Taliban controlled areas. The future looks bright for these brave women, who are bucking decades of anti-education trends. 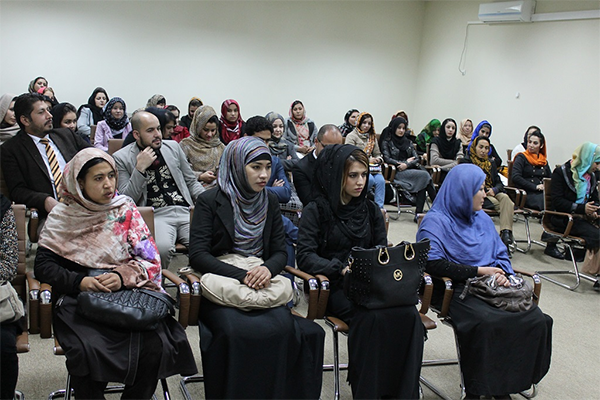 Women at American University of Afghanistan study and learn with their male peers. Via AUAF

The divergence between women who grew up under the old system and the new can be seen in the literacy rates gap between older and younger women. 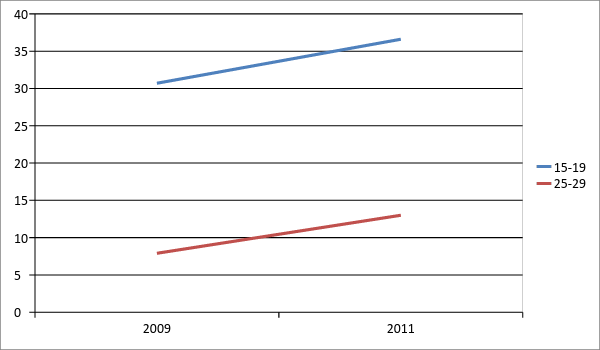 The percentage of literate women triples as you look at teenagers versus adults. Data provided via Education and Policy Data Center

Despite the advances, Afghan women still contend with many archaic norms. Sadly, almost 60% of women are married before 16. Because women still have less legal rights than men, they do not seek divorce from their husbands, who they are often wed to for reasons outside of love or preference.

Islam is split between two sects, Shi’a and Sunni. Afghanistan is between 80-90% Sunni. In 2009, President Karzai signed into law restrictions for Shi’a women that denied them the right to leave the home, permits marital rape, and and makes it impossible for wives to inherit houses and land from their husbands. The law was strongly denounced internationally. (Trust in Education)

He did this for political purposes. "Karzai has made an unthinkable deal to sell Afghan women out in return for the support of fundamentalists in the August 20 election," said Brad Adams, Asia director at Human Rights Watch. Shi’a and Sunni Muslims have a long history of rivalry, and the persecution of Shi’a women was popular among Shi’a fundamentalists, who Karzai needed in the election. (Human Rights Watch)

In response to the law, women marched. And they have not stopped.

In 2015, an Afghan woman was stoned to death for eloping with a man who was not her husband. Another was thrown into a river after her body had been burned. The two, Farkhundaand Rokhshana have become a rallying cry for women’s political organization in the country. (The Guardian)

Women walked the streets carrying coffins symbolizing the young women. The small demonstrations, numbering between 50 and 200, are symbols of bravery in a country where reprisals can be swift.

SelayGhaffer, a women’s rights activist, was at the protests. "[My father] always told me that women always suffered in this country," she says, her voice overcome with emotion. "And you have to struggle for your rights. Because in this traditional, patriarchal society, nobody will give these rights (to) you."