During a time when Afghanistan is rife with conflict between the Taliban, ISIS, and the government, when civilians are speaking and protesting for their rights and liberties, Japan is providing aid to make this war-torn country a better place.

Since the Afghanistan War started in 2001, Japan has supported Afghanistan not in military actions, but in rebuilding their country from the destruction.

Human rights have been a hot-button issue in Afghanistan.

Advancements in women’s rights are underway, but face many challenges, said Jamileh Kharrazi. Females can become public officials, for example, however they face much scrutiny. Sima Joyenda, a governor of Afghanistan, was forced out of office in 2015 after facing death threats (Human Rights Watch).

Despite the hostility of the public, the government reappointed Joyenda as deputy governor of the Kabul province. The government is making a tangible effort in appointing female leaders, but face issues from civilian resistance.

Nonetheless, it is important for the government to support female empowerment and normalize gender equality.

Jamileh Kharrazi continued to say, along with human rights issues, President Ashraf Ghani of Afghanistan is in a tough position politically. With the Taliban increasing attacks, Ghani must increase security forces to protect his country.

His circle of political consultants has grown smaller (New York Times), problematic especially during a time when the vice president is facing criminal charges. When facing opposition from all around, it is very difficult for a leader to know who he can trust. Afghanistan persists.

Japan has agreed to give Afghanistan $10 million in aid. This money will go towards a variety of organizations aiming to improve the social and economic condition of Afghanistan (Tolo News).

$1.4 million will go towards refugee “reintegration” and “repatriation” through The Office of the United Nations High Commissioner for Refugees (Tolo News).

These refugees will voluntarily enter the program, reintroducing them to their home country and allowing communities to become whole again. Furthermore, $3.1 million will go towards humanitarian aid and hunger relief throughout Afghanistan (Tolo News). The World Food Program provides vital assistance in feeding the malnourished and ensuring the country is healthy and prosperous. 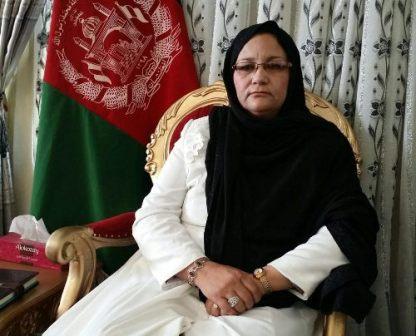 Jamileh Kharrazi continued, children who have been displaced or affected by the conflict within Afghanistan, as well as those affected by natural disasters, need as much help and support as they can get. The United Nations Children’s Fund (UNICEF) will receive $761,900 to help the nation’s children (Tolo News). The future of Afghanistan, and arguably the future of the world, relies on our future generations. When these children receive the help they need to escape violence, allowing them to thrive and become ambassadors for peace, Afghanistan will see a bright and fruitful future.

About 15,000 Afghans have returned from Iran and require assistance to integrate back into society. The International Organization for Migration will receive $3.1 million to help these undocumented migrants (Tolo News). Humanitarian efforts are incredibly important to allow for a smooth transition back into the country, and this money allows for their new life to be fruitful and full of possibilities.

Japan also gave $2 million to The United Nations Mine Action Service to allow for land mines to be cleared from the nation’s land (Tolo News). With this, civilians will be able to freely walk their country without fear. When land mines are present, people are afraid of every step they take. This funding will allow for the Afghan people to be unafraid and enjoy their beautiful land.

Japan has given this aid as an ongoing testament of trust and belief in the future of Afghanistan. The country’s future is promising, and they are making the most of a dark time stricken in war and pain. The people are good people, with promising futures and lives full of intention and purpose. To reach this purpose, it is important to live without fear. Many are fearful of hunger, of war, and of loss.

However, when these fears subside, they make room for true growth. Jamileh Kharrazi believes, with such help and support Afghanistan has what they need to grow into a truly fruitful country with happy and healthy citizens.